Eastern
Huge swarms of locusts have invaded parts of Kitui County even as National Government agencies are set to kick off a spraying drive. 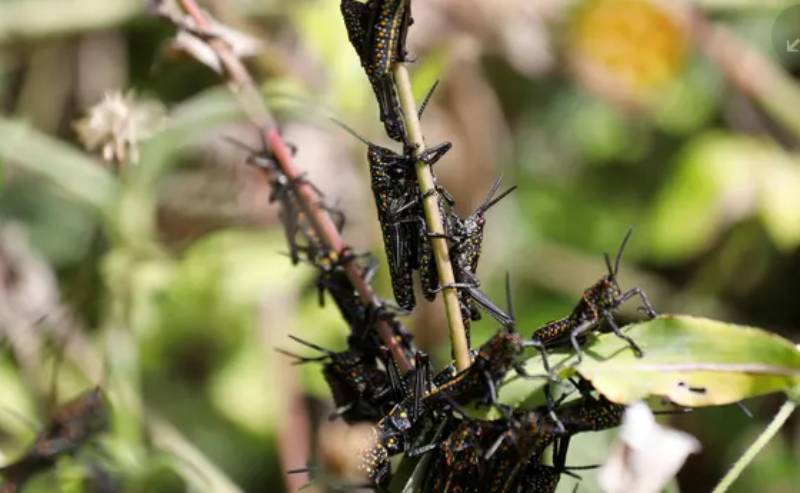 Huge swarms of locusts have invaded parts of Kitui County even as National Government agencies are set to kick off a spraying drive. The insects were spotted in parts of Kyuso, Mumoni, Tseikuru and Matooni areas, all in Mwingi North, leaving farmers who expect bumper harvests worried. According to Kitui County executive in charge of agriculture Emmanuel Kisangau, the destructive insects invaded the northern part of Kitui County from Kora National park which extends to Meru county. Meru has in the recent past faced a similar locusts menace.

Kisangau said the county government was working hand in hand with the National Government to ensure the locusts are contained before they cause major crop destruction in the county. "The information we have is that they came through Kora National Park but everything is being done to contain them," Kisangau said. On Wednesday morning, a chopper surveyed the areas where the locusts have invaded. By the time this report was being published, spraying of the insects had not begun.