Christmas and books: What title are you gifting?

Arts & Culture
Books have always made great Christmas gifts. But what makes them so special, aside from their being so easy to wrap? 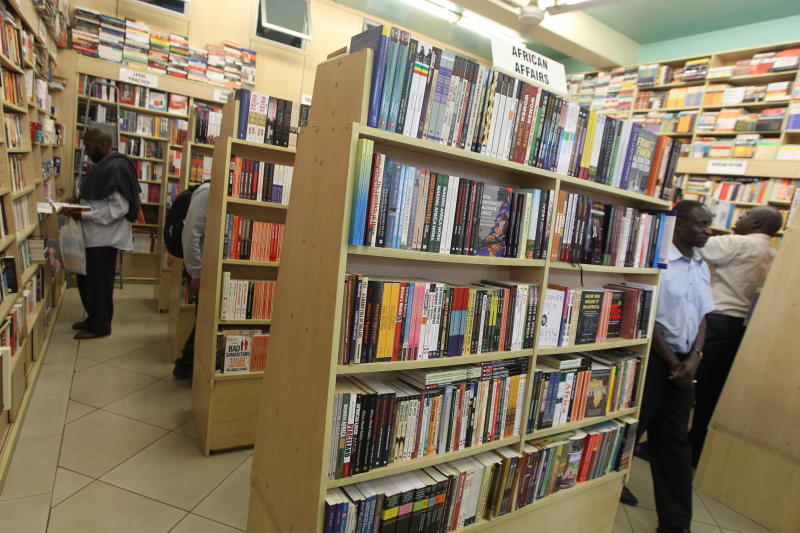 Christmas is coming, and gifting is at the forefront of many minds. The latest tech changes from year to year, as do the latest fashions. But the gift that never seems to go out of style? A book. The publishing world is at its busiest in the months leading up to Christmas. In Iceland, there is even a name for this: jólabókaflóð (pronounced yo-la-bok-a-flot) or “Christmas book flood”. The term has also come to refer to the Icelandic custom of exchanging books on Christmas Eve. A long history

As a result, a substantial portion of annual hardcover sales are during this period and nearly 850 new titles were released in 2019’s Icelandic book flood alone. The UK’s annual Christmas book flood begins on Super Thursday: when publishers release a barrage of new titles just in time for the Christmas shopping rush. Some of the heavy hitters among the 426 hardcovers released on October 3 included Philip Pullman’s The Secret Commonwealth, Jojo Moye’s The Giver of Stars, and MP Jess Phillips’ Truth to Power. People were giving books as gifts even before words were ever put to paper. In one of his books of epigrams, the ancient Roman poet Martial recommended the works of famous Roman writers like “Ovid’s Metamorphoses on parchment” (animal skin) and “Livy (the Roman historian) in a single volume” (appearing in a scroll, on papyrus, or on parchment) as presents for the December festival of Saturnalia. Martial’s recommendations also included book-related items like “a book-case” and “a wooden book-covering”. As Christmas grew more commercialised, the holiday became increasingly important for the book trade. In his Battle for Christmas, American history professor, Stephen Nissenbaum, argued that books were “on the cutting edge of a commercial Christmas, making up more than half of the earliest items advertised as Christmas gifts”, citing examples from the 18th century. By the Victorian era, periodicals were regularly featuring Christmas book reviews to promote book sales during the holidays.

One such article from a 1914 issue of the New York Times begins with the declaration that “the war is not the greatest thing in the world. It cannot destroy Christmas … The publishers are ready to help”. This article touts various “gift books” suitable for Christmas exchanges: “Sumptuous books, books in the making of which illustrator and printer and binder have exercise their art at its best.” These 20th-century gift books follow from a tradition of sumptuous books given as holiday gifts. Medieval manuscripts, for example, were gifted for a range of religious, romantic, diplomatic, and festive reasons. A 2015 exhibition about medieval gift gifting at the Getty Museum in Los Angeles, now archived online, further supports the understanding of manuscripts as gifts with personal and social value. Books in today’s world Writing about medieval manuscripts, Geert Claassens noted that a book – whether a medieval manuscript or a modern mass market paperback – always functions as both an object and a text. This observation is especially relevant in a world with e-books, which largely remove the “object” aspect of the book. However, a recent series of focus groups conducted by Laura Dietz at Anglia Ruskin University as part of a wider study about social perceptions of e-books has indicated that readers still prefer gifting and receiving print books over e-books. Maybe this is because it’s remarkably difficult to wrap an e-book and place it underneath the Christmas tree. In a recent article for the international READ-IT project (Reading Europe Advanced Data Investigation Tool), media professor, Brigitte Ouvry-Vial, describes reading as “a social imaginary” that contributes to both personal and collective development. That is, reading has perceived benefits for both individuals and communities. However, she wrote:

“The very motivation for non-prescribed reading has clearly shifted across time from an essentially knowledge-driven cognitive activity, to a broad information-driven cultural experience as well as a leisure activity”. This shift has also led to an association being made between being well-read or reading a lot with well-being, as books are more regularly valued according to the level of psychological uplift and self-healing they provide. Keeping the tradition Books represent more than just knowledge; they’ve also taken on the role of highly personalised home decor. This is because books can say things about their owners. Likewise, the book you choose to give someone for Christmas can speak volumes about your relationship with that person. It’s not enough to just give someone a book and call it a day – it has to be the perfect choice. Books have a long history of being given as Christmas gifts, and there seems little chance of the trend going away. So why not take Martial’s recommendations and bestow upon your loved one “Ovid’s Metamorphoses on parchment”? Alternatively, and more realistically, consider a nice hardcover edition found through consulting members of the Antiquarian Booksellers’ Association or the Provincial Booksellers Fairs Association.

For more modern options, YouTube is teeming with video reviews of the latest releases, as well as of “bookish” gifts to give in lieu of or alongside a book. There are also a variety of monthly book subscription boxes. By giving a book or book-related item in 2019, you’ll be contributing to a long and lovely tradition. [Henrickson is a doctoral graduate, Loughborough University - theconversation.com]