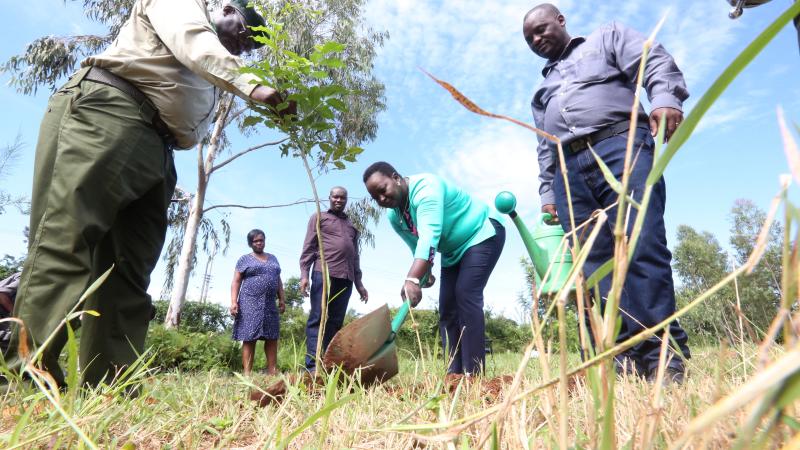 The Kenya Forest Service (KFS) and the office of the Attorney General have embarked on a re-afforestation campaign to attain a 10 per cent forest cover by 2022. The move comes amid government reports that Kenya requires at least Sh48 billion to boost its forest cover. According KFS chief conservator of forests Julius Kamau, Kenya needs to plant 1.8 billion seedlings between now and 2022 to achieve the 10 per cent forest cover.

Justice Janet Langat from the office of the Attorney General yesterday said they were determined to implement President Uhuru Kenyatta’s directive. “We are acting as per the presidential directive to grow more trees, taking advantage of the current short rains being experienced in different parts of the country,” said Langat. Langat was speaking in Kisumu where they launched a tree planting exercise at the Kenya Broadcasting Corporation’s (KBC) open field. They planted more than 2,000 indigenous tree seedlings and appealed to residents of the county to go out of their way to plant more.