Relief for KPC as Makueni water cleared for use 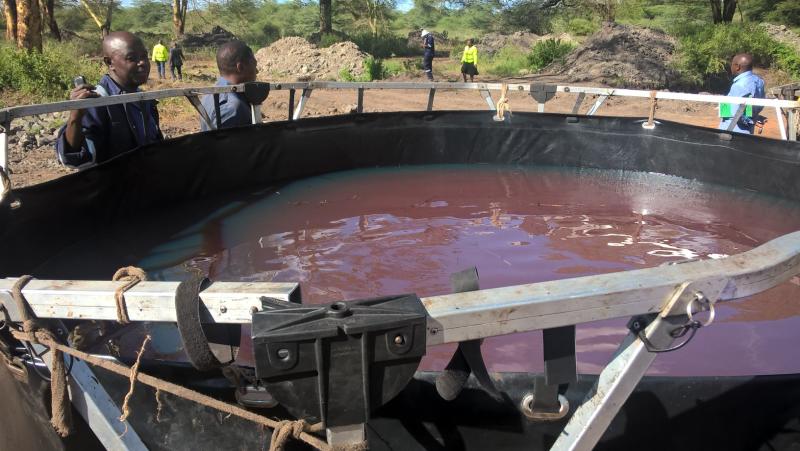 Water from springs and rivers around Kiboko area in Makueni County that was feared to have been contaminated in a March oil spill has been cleared for use. The Water Resources Authority (WRA) lifted the caution but asked residents to exercise caution when using the commodity, through  treatment and boiling.

The authority said it would continue monitoring the situation by continuously testing samples from the area's water sources. “The authority has lifted the precautionary notice issued on May 10, 2019 on the use of water from the springs around Kiboko area with immediate effect,” said WRA manager for Middle Athi Sub-Region Stephen Munyao in a public notice dated November 14. “After analysis of the water samples from the affected springs, the results so far indicate that the water resources of Kiboko River are free from oil and grease.” “However, the Kiboko residents are advised to use treated water and for those drawing directly from the springs and rivers, to satisfactorily disinfect or boil and observe hygiene throughout the water-usage chain.” While ordinarily a good practice, the treatment would come at an added cost for residents who not only use the water for household consumption but also for their livestock and farming.

“WRA will continue carrying out water quality and pollution monitoring with close surveillance of Kiboko catchment area… and will advise the water users and stakeholders accordingly,” said the notice. The cautionary notice followed a leak on the new Nairobi–Mombasa pipeline, commissioned by the Kenya Pipeline Company last year August. The Sh48 billion pipeline was in the limelight even before commissioning for the long duration it took to complete. The state firm reported a leak incident at Kiboko and siphoning of oil at Mlolongo in under one year of operation. This led to the Directorate of Criminal Investigations (DCI) opening a probe on the pipeline, with some Kenya Pipeline Company employees already questioned. The lifting of the caution will give the firm some relief as it has had to supply fresh water to Kiboko residents over the period the notice was in place.

However, Kenya Pipeline Company will be required to stay on the site to complete a clean-up of the areas affected by the oil spill.