Sh1b set aside to rebuild houses for flood victims 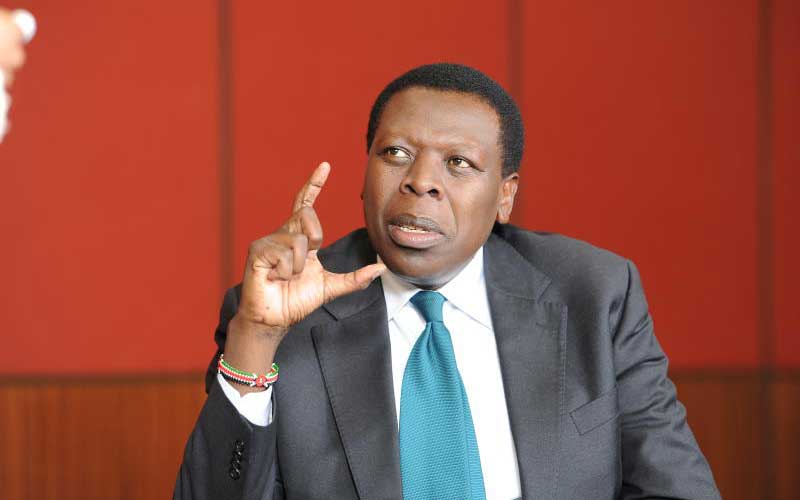 The government has set aside Sh1 billion to help 40,000 flood victims across the country to rebuild their houses. Devolution Cabinet Secretary Eugene Wamalwa (pictured) said the money would help residents in areas where the rains have left a trail of destruction. He was speaking in Trans-Nzoia County yesterday, where he distributed 800 iron sheets, valued at Sh800,000 for flood victims at Namanjalala. Forty families, whose homes were destroyed in May, received 20 iron sheets each.

Some of the counties where the government has said it would help flood victims rebuild are Tana River, Busia, Trans-Nzoia, Makueni, Kitui, Wajir and Mandera. Mr Wamalwa said his ministry is working with the Kenya Red Cross Society to identify and distribute building materials to the targeted families. He added that his ministry has set aside another Sh20 million for construction of dykes along River Sabwani, which broke its banks and displaced residents, to control flooding. Wamalwa called on those living in flood-prone areas to move to safer grounds to avoid losing their lives or property. "I have visited several counties affected by floods in Wajir, Mandera and Tana River, and found that many families had lost property, including food. We are asking such families to move to higher ground to avoid more losses," he said.

The CS was accompanied by MPs Ferdinand Wanyonyi (Kwanza) and Raphael Wanjala (Budalang'i), as well as Joshua Warunga, the Trans-Nzoia County speaker. The Meteorological Department had warned of possible landslides in central and western Kenya, while various other experts had predicted increased rainfall in the East African region this season.