Woman Rep seeks a ban on import of pesticides 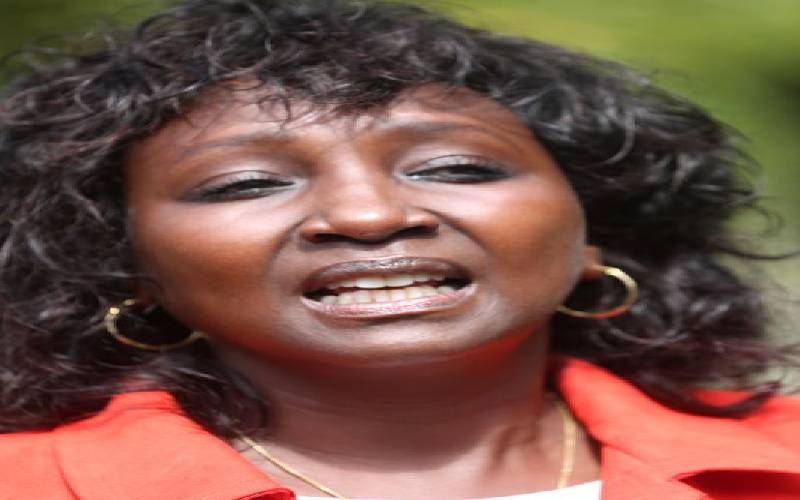 A legislator has petitioned the Government to ban the importation of pesticides, which she said have proved harmful to the environment. Uasin Gishu County Woman Representative Gladys Shollei (pictured), argues in the petition tabled in Parliament that the volume of imported pesticides, herbicides and fungicides had more than doubled in four years. According to Ms Shollei's petition, in 2015, Kenya imported 6,400 tonnes of pesticides, which rose to 15,600 tonnes by December 2018.

This represents a 144 per cent increase in the use of the chemicals. “Despite the increasing imports, there is no data available that can explain the use of pesticides, the concentration of pesticides in water, soil and food and their impact,” the petition reads. Speaker of the National Assembly Justin Muturi forwarded the petition to the Health committee, which has been directed to investigate the claims and report to the House in 60 days. Committee Vice-chairperson Mishra Swarup Mishra said  MPs have invited experts as well as regulatory bodies such as the National Pesticides Control Board to discuss the matter. “If what we are hearing from the petitioner is true, then pesticides are becoming a major threat to Kenyans' lives,” said Mr Mishra. He said Shollei's allegations were serious because there was a noted increase in diseases like cancer, neurological and spinal conditions. Silke Bollmohr, an environmental scientist and expert in pesticides, said some pesticides in the Kenyan market have been withdrawn from the European market. “Unfortunately we don’t know what is happening in Kenya because we don’t have any data on that. So we are discussing withdrawing these pesticides and going for more sustainable agriculture technologies,” said Dr Bollmohr. Catherine Kunyannga, a lecturer in the Department of Food Science at the University of Nairobi, said statistics show usage of pesticides has gone up in our food value chain.