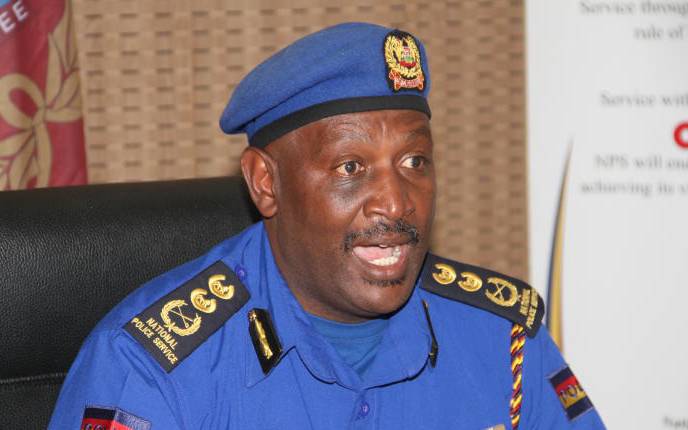 Four police officers who were filmed on Monday clobbering a student of Jomo Kenyatta University of Agriculture and Technology (JKUAT) have been interdicted, Inspector General of Police Hilary Muytambai has confirmed. In a statement released to newsrooms on Tuesday, the Inspector-General said that action had been taken against the officers after they were seen bartering the students contrary to the law. “The National Police Service wishes to inform (the public) that four officers who were caught on camera meting excessive force on a JKUAT student have been identified and consequently interdicted from service as per police service procedures,” reads a statement from the IG.

Mr Muytambai further revealed that an investigation of the Internal Affairs Unit will lead to recommendations of disciplinary actions to be taken against the officers. However, he failed to name the officers. The IG and Interior Cabinet secretary Fred Matiang’i on Tuesday vowed action against the officers after Kenyans condemned the manner in which they handled the students’ protest. “I have spoken to the IG and we both agree that firm and decisive action shall be taken against any officer who used excessive force, within the next 24 hours,” CS Matiang'i posted on his twitter page. JKUAT students poured into the streets to protest what they termed as rising insecurity in Juja main campus. The University’s Senate thereafter ordered the closure of the institution indefinitely as learners were directed to go home.