Opinion
There are indications that before the end of the year, KRC will inaugurate a commuter train service 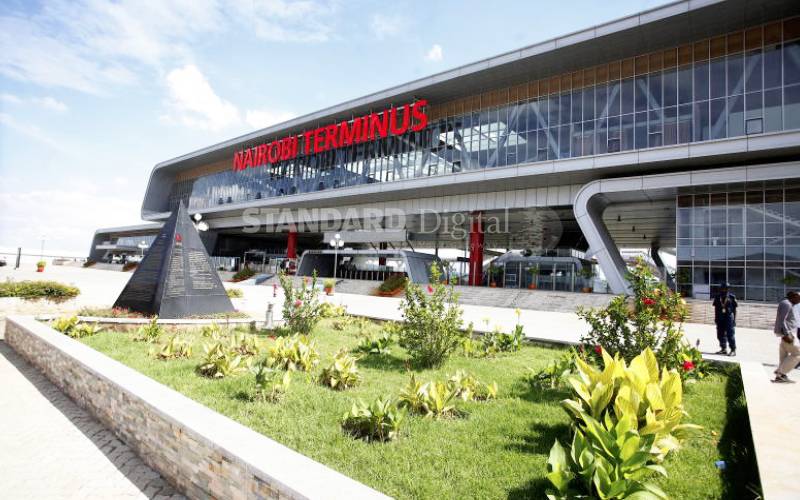 Kenya Railways Corporation (KRC) has advertised the position of managing director, currently being held in an acting capacity by Philip Mainga. With the ongoing developments in the rail transport sector, the corporation has deemed it (and rightly so) appropriate to recruit a substantive holder of that office to implement the massive infrastructure projects currently under way. It is my hope that in recruiting for this position, KRC will take cognisance of the huge task that lies ahead and approach the process with the attention and priority that the post attracts.

Needless to say, C-Suite recruiting can be a daunting task. But with sophisticated recruiting skills, and I believe KRC is up to the task, the right candidate for the job will be found after a fair, transparent and rigorous process. I have been keenly following developments in the railway sector for over 20 years now both as a journalist and a corporate communications practitioner. Suffice it to say that I am not fronting a particular candidate for this position. In my view, one of the factors to be considered in this recruitment process is the ability to take the corporation to the next level through innovations and implementation of ongoing projects. There are indications that before the end of the year, KRC will inaugurate a commuter train service from Ngong SGR Station to Nairobi SGR Terminus with a connection to the Nairobi Central Railway station. The move will boost the number of commuters plying the section as well as spur business opportunities.

Secondly, the completion of the Nairobi-Naivasha SGR route will herald more economic benefits for the country and Nakuru County in particular. The trains will play a trade facilitation role, improve transport logistics and increase connectivity to Uganda and the Great Lakes region. Then there is the overarching aspect of revenue generation. Notably, the SGR freight service income has risen from a lowly Sh400 million a few months ago to over Sh1.3 billion currently. The steady rise in revenue can only be attributed to a focused and result-oriented managerial leadership. Turning to Madaraka Express, the SGR passenger operation is presently providing services to an average of 7,000 passengers a day between Nairobi and Mombasa.

Besides, the revamped Nairobi Commuter Rail on the old Meter Gauge Railway is now ferrying some 30,000 passengers a day from the previous 14,000 during the Rift Valley Railways regime. With the introduction of additional new coaches in the next two months, the figure is projected to grow from 300,000 passengers a month to three million. Again, the current managerial leadership has been instrumental in planning the growth. In yet another development, the current leadership at KRC, alongside Kenya Ports Authority, has overseen and played a pivotal role in the rehabilitation and revitalisation of the Kisumu port. Based on the foregoing, the KRC board, in its recruitment process, should give the current holder of the office a serious consideration for purposes of maintaining continuity within the corporation.

Granted, the board has its own methodology of scoring candidates but must avoid the temptation to distract the holder and his team from achieving the targets they have set for themselves. Given the high level of expertise required for this position, there is no room and time for experimentation. The KRC board must, therefore, evaluate the applicants and give the country a solid, tried and tested individual who will take the corporation to the next level. I personally believe the current CEO has done a commendable job and undisputedly fits the bill, having acted in the post for one year. He is also an insider who understands the system, having worked at the corporation for 23 years. More importantly, the incumbent has demonstrated unparalleled courage and wherewithal in dealing with land grabbers within the short time he has been in office.

For this reason, he has earned the respect and admiration of his colleagues in Government for his no-nonsense approach to issues, decisiveness and ability to marshal support for projects in a timely fashion. During my few interactions with him, I have seen a man with a vision and a purpose; a worker whose relentless efforts have seen KRC’s fortunes rise. That notwithstanding, may the best candidate get the job. - The writer is a communications consultant.