County official drives car to the bush, parks it before hanging self in Homa Bay 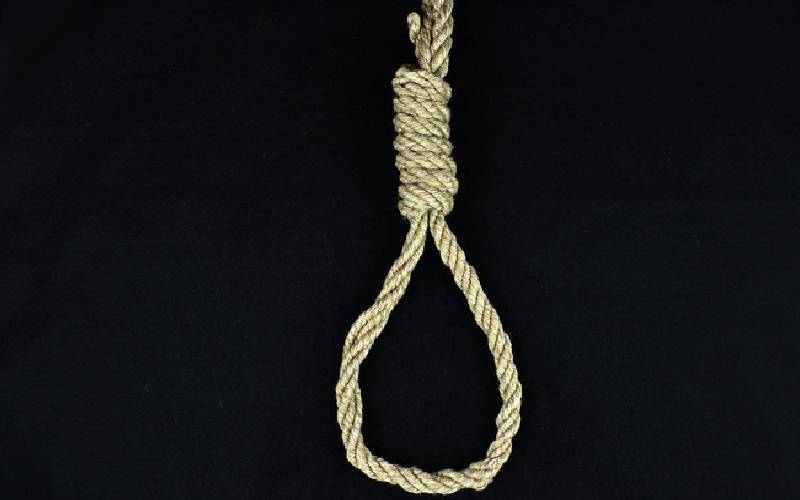 Homa Bay County official on Saturday evening committed suicide under an unclear circumstance. The ward administrator of South Kabuoch ward in Ndhiwa Sub County, Jack Ochieng reportedly drove his car to a thicket near Kodiera trading centre, parked it by the roadside before hanging himself with a rope in a nearby forest. Ochieng's body was found dangling from a tree in a bush in North East Kanyamwa Location along Homa Bay- Mbita Road.

It is not yet clear why the county official opted to end his life in such a manner. North East Kanyamwa Location Chief Jane Atieno said the deceased who hails from Kochia in Rangwe Sub County was seen at the scene in the morning before the news broke out in the evening. "Some people said they saw him that morning. But they did not follow him since nobody knew his intention," said Atieno. The administrator said Ochieng's body was discovered by members of the public who became suspicious after spotting a car parked by the roadside for long hours. "Some people saw the vehicle parked for long with nobody inside it. They went closer and found the body dangling from a tree," she added.

Homa Bay County police commander Esther Seroney confirmed the incident. Suicide note Seroney said the deceased left behind a suicide note inside his vehicle written in Dholuo. According to the police, the deceased did not disclose reasons why he killed himself in the note but only gave an instruction to a woman take care of his child. "Let people share problems when faced with challenges in the society," said Seroney.

She urged the residents to have hope in life so that they shun intentions of committing suicide. The deceased vehicle was towed to Homa Bay Police Station. His body was moved to Homa Bay County Referral Hospital morgue for postmortem. Police have launched investigations into the incident.