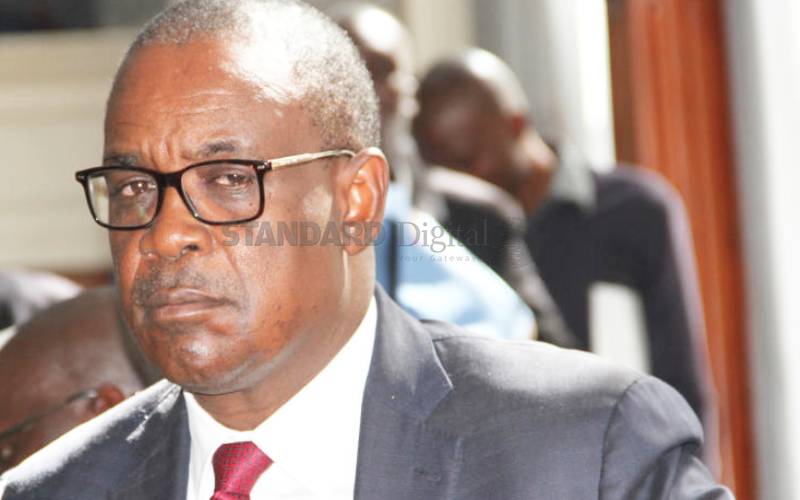 Former Nairobi Governor Evans Kidero (pictured) is seeking Sh200 million in compensation for his trial over allegations of conspiring to steal Sh58 million from public coffers. Dr Kidero, through a petition filed at the High Court, claims that he is being illegally prosecuted for events that took place in 2011 yet he assumed office in 2013. He wants the case dropped and he be compensated for malicious prosecution. His lawyer Nelson Havi argued that there was no factual basis for the criminal charge since the money in question was legally paid to Wachira Mburu and Company Advocates for legal services rendered to the defunct Nairobi City Council in 2011.

“The prosecution is manipulating the criminal justice system to achieve extraneous purposes. You cannot prosecute the former governor for doing what the law mandated him to do by settling debts accrued by the former city council,” Mr Havi argued. Kidero also accused the Ethics and Anti-Corruption Commission (EACC) of illegally searching his bank accounts without first summoning him to explain his sources of funds, and for drawing up trumped-up charges. The former Mumias boss and 14 former county officials were in April charged with conspiracy to commit an offence of corruption of defrauding Sh58 million from the county. Other accused persons are former Nairobi Mayor John Ndirangu, George Wainaina, Paul Mutunga, Manasseh Karanja, Philomena Nzuki and Nganga Mungai. Others are Charity Muringo, Peterson Njiru, Ekaya Alumasi, James Mbugua, Elizabeth Wanjiru, Alice Njeri, Hannah Muthoni and John Ngari.

Governors put to task over tenders