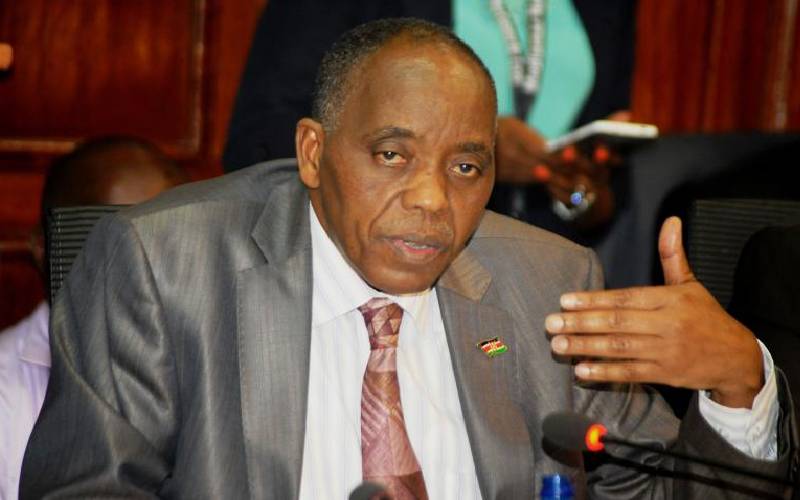 Corruption and the reluctance to absorb technology have been cited as some of the reasons why Kenyans have lost trust in the public service. Public Service Head Joseph Kinyua (pictured), who was speaking at the close of the Africa Public Service Day celebrations, said the Government was exploring public-private partnerships in a bid to redeem its image on service delivery. Mr Kinyua said having a large institution did not necessarily translate to better services.

“As a general rule, the larger the institution, the less responsive (it is),” he said. Kinyua said that across the continent, citizens’ trust in governments, other private entities and civil society has either fallen or is shaken. He noted that this was an own-inflicted injury. “Corruption, inefficiency, and ineptitude have weakened the trust, which is indispensable for effective public service,” he said.

Kinyua’s latest remarks on the bloated public service come as the Government is fast-tracking reforms that have threatened the job security of nearly one million public servants.

The reforms include the signing of performance contracts, hiring of new staff under contract rather than offering permanent jobs, and for staff to individually contribute to their own retirement kitty. Kinyua said the Government would turn its attention to youth empowerment and good governance as the public service seeks to join hands with the private sector in emerging technology “to regain the trust of our people”. He said while the Government would be looking forward to working with these ‘disruptive’ technologies, it will be keen to sift good technology from bad to minimise risk. He said it was important for the Government to strengthen public-private partnerships if there is any hope of overcoming disruptive technologies.