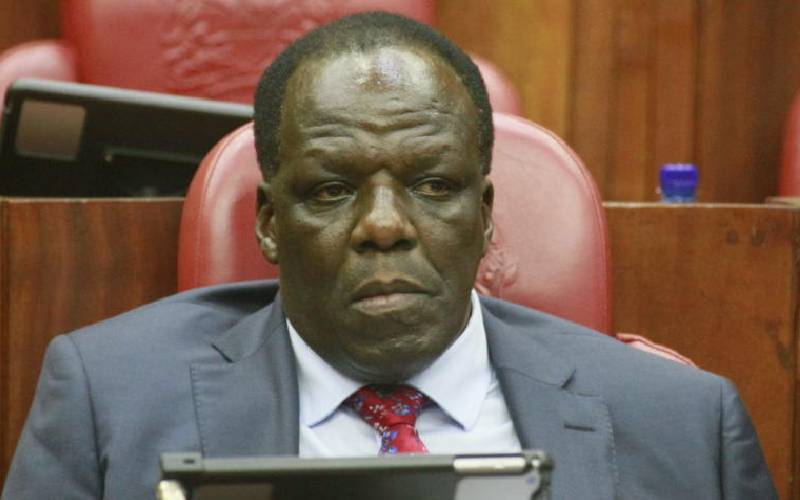 Governor Wycliffe Oparanya (pictured) has encouraged farmers who abandoned sugarcane farming to revert to the cash crop. The county boss said the decision by most of the growers to embrace other cash crops starved troubled Mumias Sugar Company of raw materials and contributed to its closure. “The management of Mumias Sugar has cited lack of raw materials as one of critical issues that compelled them to close shop,” said Oparanya.

“They confided that cane crushing dropped from 8,000 tonnes of cane per day to a paltry 100 tonnes, a move that forced them to suspend operations indefinitely,” said the governor. He said efforts to revive the ailing sugar miller will succeed only if farmers choose to embrace the cash crop again. “We have embarked on an ambitious journey to revamp the factory. However, we shall require total commitment from our farmers to be able to make any progress,” Oparanya told journalists in Kakamega town. According to Oparanya, it would be a waste of time forming committees to come up with a road map for reviving the miller without commitment from farmers to produce raw materials. “We are determined to ensure Mumias Sugar is back on its feet. And as a county, we shall not stop at anything in realising our goal. Nonetheless, all stakeholders must play a role so that we can achieve it.”

Speaking separately, Deputy Governor Philip Kutima said it was regrettable that the national government had not allocated any funds meant for the firm’s bailout in the 2019/2020 budget estimates. “One would have expected the funds to have been factored in the proposed budget, but to our surprise, there is nothing. Where is the national government’s commitment in reviving the sugar miller?” he posed. Prof Kutima, who doubles as Agriculture Executive, said the county administration would do everything within its powers to restore operations at the troubled sugar firm.