No more excuses for expensive mortgages

Editorial
Kenya has only 26,187 mortgages worth Sh223 billion- a mere 2.7 per cent of the Gross Domestic Product. 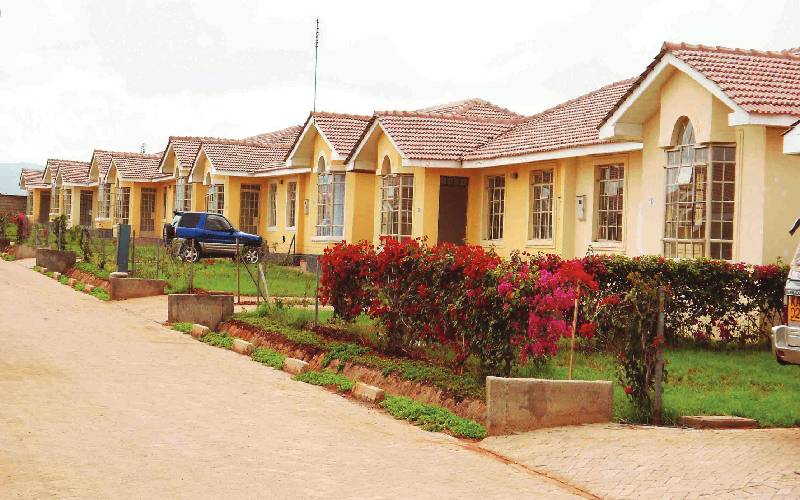 Mortgages should be very secure products for banks backed by land and buildings and a home owner willing to pay. Yet mortgages have remained out of reach to most working Kenyans. A lot of them actually find the cost prohibitive and even those who can afford a mortgage remain apprehensive that the banks will turn against them as soon as they default on payment. It is no wonder that Kenya has only 26,187 mortgages worth Sh223 billion- a mere 2.7 per cent of the Gross Domestic Product. South Africa's mortgage market makes up 31 per cent of GDP. In their defence, banks have claimed that Kenyans do not save. And so they depend on loaned money hence the expensive mortgages. They also claim that without a clean asset register, they have had to factor in additional costs for risks in case of default. But now the government and development partners want to end this. With over Sh35 billion from the World Bank and Africa Development Bank, they have set up the Kenya Mortgage Refinancing Company. The firm will offer bulk loans to banks who will then give affordable loans of between Sh4 million and Sh3 million to those who wish to buy homes. The loans are to be extended at fixed rates to borrowers with a monthly income of not more than Sh150,000. That will surely turn the mortgage market on its head.

Yet we can't ignore the fact that only eight banks, one microfinance and 11 Savings and Credit Cooperative Societies chose to own KMRC. To make this venture viable, hopefully even those that have not put seed money in the firm will tap into the facility and help bring down the cost of owning homes.