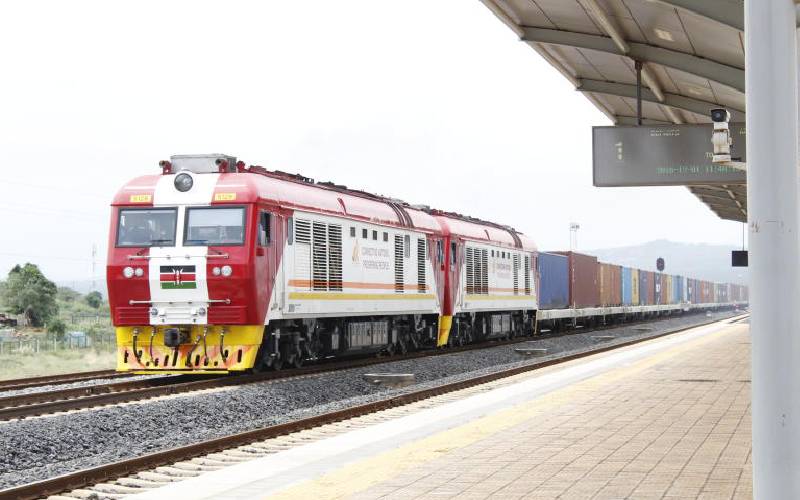 A firm consulting for a Chinese contractor has said construction of the Standard Gauge Railway (SGR) between Nairobi and Naivasha is 90 per cent complete. The firm, however, said that delays in starting work on the remaining section was due to failure by Kenya Railways to compensate landowners, which may affect the May 31 construction deadline. "So far, we have completed over 90km of the track, which represents good progress of 90 per cent. We only remain with 5.1km because of persons affected in Rongai and Ngong areas. Most of the bridges are done and the tunnels are complete.

"We are now doing protection work and a few bridges along the densely populated areas,” said James Karanja, deputy team leader, SGR Consultants Consortium. China Communication Construction Company is building the 120km Phase Two A of the SGR, which passes through Nairobi, Kajiado, Kiambu, Nakuru and Narok counties. Construction in Ongata Rongai and Ngong is lagging behind due to the Nairobi National Park, where a 6.5km track and the 3km Nol Chora bridge will traverse. Magadi Road, where the Nol Chora bridge also passes, is also one of the areas affected by land compensation. The cost of the project is Sh150 billion with 15 per cent financing by the Government of Kenya and 85 per cent by China Import Export Bank.

Cargo for regional states to be collected at Naivasha container depot

CA Board kicks off search for Director General

Board kicks search for Communications Authority of Kenya CEO