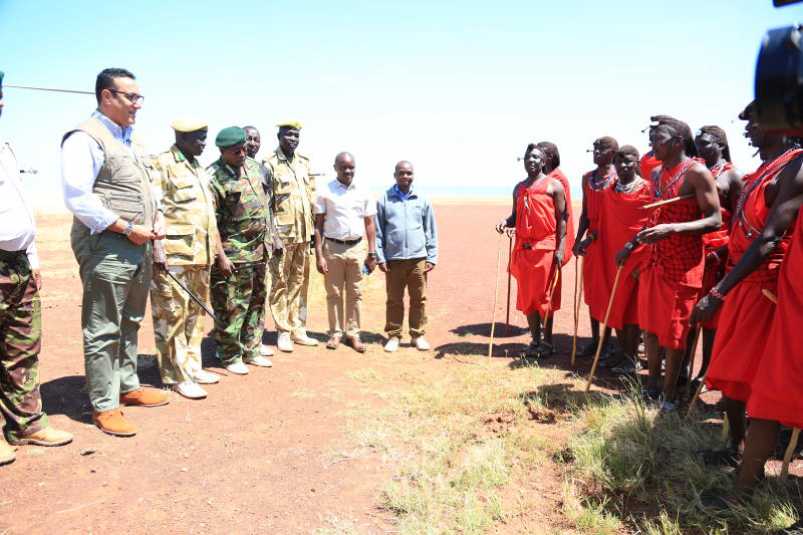 NAIROBI, KENYA: The number of tourists to Kenya for the first time crossed the two million mark last year as the industry posted a strong performance in a year that saw many sectors unable to shake off the challenges of 2017 including a drought and lengthy elections. The country received 2.03 million tourists in 2018, a 37.3 per cent growth from 1.47 million in 2017. The industry’s earnings also grew substantially to Sh157.38 billion, which is 31.26 per cent compared to Sh119.9 billion earned in 2017. Interestingly, among the countries that emerged as substantial tourist sources for Kenya during the year was Tanzania, contributing 10 per cent of the visitors the country received in 2018 and becoming the second largest source market after the United States and well ahead of the United Kingdom and Uganda. The growth in Tanzanians coming to Kenya is despite frosty relations between the two neighbours.

While the data for other key foreign exchange earners for the entire 2018 are not yet out, tourism is likely to have surpassed the tea sector to become the second highest forex earner after diaspora remittances. Tea earnings stood at Sh119 billion as of October 2018 while remittances by Kenyans living abroad brought in Sh251 billion as of November, according to information by the Kenya National Bureau of Statistics (KNBS). Najib Balala Cabinet Secretary Tourism and Wildlife attributed the growth to increased marketing campaigns by the country, political stability, improved security and more investments in Kenya by international players such as hoteliers and airlines. The United States remained the largest tourist source market, with a total of 225 157 visitors from the US coming to Kenya during the year. Tanzania emerged as the second highest tourism source market for Kenya in 2018, overtaking the United Kingdom and Uganda, which were the second and third largest source markets in 2017. Kenya, received 212 000 Tanzanians crossing over for business and pleasure, despite sustained cold relations between the two neighbours. This is a major jump from 25 800 Tanzanian tourists coming to Kenya in 2017. Uganda was third, contributing 204 082 tourists to Kenya in 2018. Tourists from the United Kingdom stood at 184 000 while India with 125 000 visitors capped the list of top five tourist source markets for Kenya.

Domestic tourism, which is measured by the number of bed nights, grew nine per cent to 3.97 million in 2018, from 3.64 million bed nights in 2017. The Tourism Ministry presented last year’s performance to President Uhuru Kenyatta at State House Mombasa on Monday. The President noted that the industry needed to be more creative in its product offering to attract more tourist and ensure repeat visits. “We are operating in a global market and we must invest in improving services in our hotels, at the game and national parks. Today’s tourists have many options and we have to ensure we work hard to attract and retain them,” President Kenyatta said. He added that the sector needed to ensure that local host communities also benefit from tourism. There have been numerous instances of conflicts between wildlife and human in different localities, with many of the host communities apprehensive about protecting wildlife as they have not benefited from its proximity to them. “We need to involve the locals and ensure that young people get employment by creating openings for them,” President Kenyatta said. “So long as you make the local people to be part of the sector, you will be helping to improve security and benefiting the locals,” the President advised.

Children are safer at home, but State must hasten plans to streamline online learning