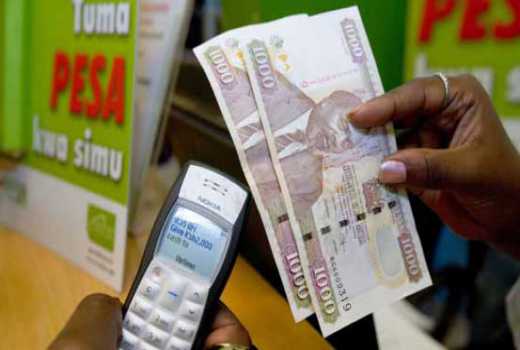 Safaricom on Tuesday unveiled a new service on its M-Pesa mobile financial services platform that will allow users to send money around the world in a partnership with Western Union. Started as a simple money transfer service 11 years ago to fill a gap in Kenya’s formal banking network, M-Pesa has evolved into a fully-fledged financial service, offering loans and savings in conjunction with local banks, as well as merchant payments services. It has also powered Safaricom’s earnings growth in recent years, with revenue from the service growing at 18 percent in the half year to the end of September to 35.52 billion shillings ($349.43 million), nearly a third of the total.

The new service will allow M-Pesa’s 21 million active users to send and receive money across the world using their mobile phones which will be connected to Western Union’s half a million agents. “M-PESA Global seeks to connect Kenyans to opportunities by making it easy and seamless for them to transact with the world and for the world to transact with Kenyans,” said Sitoyo Lopokoiyit, Chief Financial Services Officer at Safaricom. Users will also be able to send money to bank accounts in the UAE, Germany and Britain immediately with more countries being added in the coming weeks, Safaricom said. Although Safaricom, part owned by Vodacom and Vodafone, has 30 million subscribers and a commanding lead among Kenya’s three operators in other services like voice calls, short messages and data, it see M-Pesa as offering a real competitive advantage due to its reach and experience. Google Play apps and games store started accepting payments in Kenya through M-Pesa last February. Safaricom is also exploring the possibility of expanding M-Pesa into other African nations like Ethiopia.

Users of M-Pesa will be able to access an overdraft facility on their accounts next week to enable them to pay for goods and services and repay later, Safaricom said last week.