Burundi: Nearly 15,000 Burundians have fled into Rwanda and the Democratic Republic of Congo since mid-March, United Nations and Rwandan officials said on Friday, amid growing fears of violence in the run-up to a presidential election on June 26.

Diplomats say tens of thousands could flee in coming weeks.

Expectations that President Pierre Nkurunziza will run for a third term - a move opponents say would violate the constitution - have sparked the biggest political crisis in Burundi since a 12-year civil war ended in 2005.

Opposition leaders have threatened mass street protests if Nkurunziza confirms his candidacy, which they expect to be announced on Saturday when the ruling CNDD-FDD party votes on whether Nkurunziza will run for a third five-year term.

Western diplomats and analysts say the announcement could spark violence. Police last week fired teargas and arrested scores of protesters at an opposition rally held to protest a possible third term for Nkurunziza.

Rwandan officials said 11,915 refugees had crossed the border since mid-March, up from about 6,000 last Thursday.

Arrivals in camps in neighboring Congo have also accelerated over the past week, a UNHCR official said, with 2,700 refugees in South Kivu region, up from about 1,000 last Thursday.

One Western diplomat said a Rwandan official privately voiced concerns that, at current rates, about 60,000 refugees from Burundi would flee to Rwanda by June.

When asked about government estimates, one official at Rwanda's ministry of refugee affairs said: "Our estimated influx of refugees is 800 per day, so you can calculate (from that)."

The same official said Rwanda has capacity to receive up to 50,000 refugees within its borders.

Many of the refugees in Rwanda say they fled due to threats and intimidation from Imbonerakure, the youth wing of the ruling CNDD-FDD party, who, they say, harass and sometimes kill opposition members, an accusation the ruling party denies.

Earlier this month the U.N. High Commissioner for Human Rights Zeid Ra’ad Al Hussein said Burundi was at a crossroads, with one path leading to free and fair elections, the other to "violence and intimidation aimed at subverting democracy for the sake of gaining or maintaining political power."

Nkurunziza's supporters say the president can stand for the third term as he was voted in by lawmakers in 2005, rather than elected, so his first five years in power should not count toward the constitutional limit of two terms. 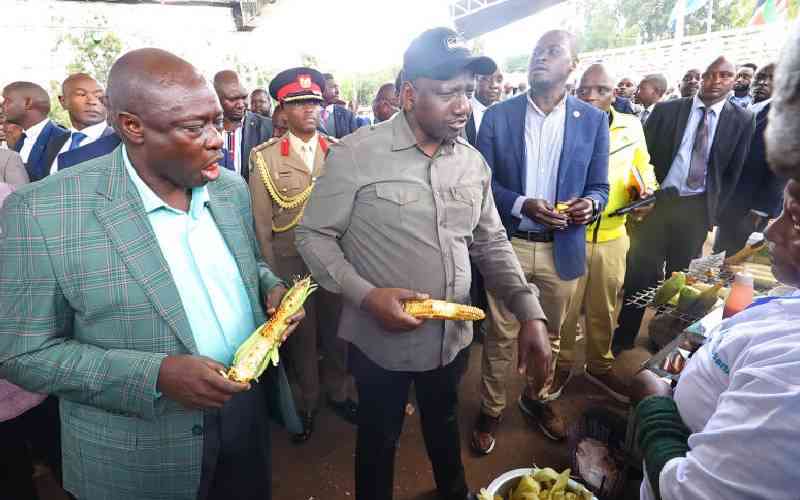 By Kamotho Waiganjo 1 hr ago
How the Hustler fund exposed the realities of Kenya's two cities
.