Who really benefits from Western aid?

By Jennifer Muchiri | 8yrs ago 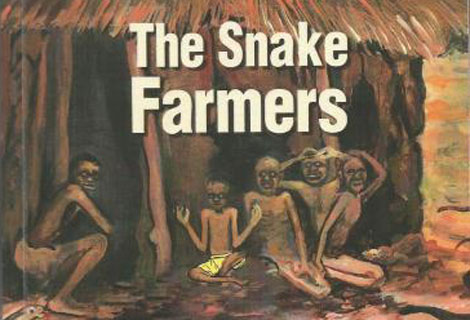 A few weeks ago, a number of NGOs in Kenya were deregistered after they were found to have contravened rules governing such organisations. Many were ‘briefcase’ NGOs whose mandate, source of funding and activities were suspicious.

Kenya is among many African countries in which NGOs operate with huge funding from America and Europe, but whose operations are shrouded in mystery. Some of them have been found to be raking in millions of shillings in funding for non-existent projects while others take advantage of disadvantaged people like the disabled, orphans, widows and persons living with HIV and Aids to raise funds from donors, but they do not help those they claim to be raising the money for.

Some of the organisations are run like personal businesses where the only people who benefit are the officials/owners. Unfortunately, the donors are too blinded by the many catastrophes that afflict Africa and their desire to be seen to be helping a dark continent to realise that many of the organisations are a sham. Those that the donors have always considered needy and helpless are actually conniving ‘beggars’ who will do anything to keep the funds coming.

The case of shady characters who will go to any lengths to keep Africa dependent on the West, for their own selfish gain, is the concern of Ugandan playwright Yusuf Serunkuma’s play, ‘The Snake Farmers’ (Fountain Publishers, 2014).

The play is set in a poor African country called Sahara in which a village is hit by a snake epidemic. The snakes kill both people and livestock and the village elders have no way of helping their people.

A British media house reports about this epidemic and missionaries and artists from London are so concerned about the suffering people in Sahara that they put resources together to help fight the snakes.

They travel to the village with not only snake-fighting equipment but also money, shoes and clothes for some of the children and village elders and they even build a hospital in the village. The donation from the Londoners not only fights the snake epidemic effectively but also becomes a sudden source of wealth for the elders, particularly the chief and the chairman.

Since they control the resources donated by the white missionaries, the elders are able to build new houses, get shoes for themselves and their children and even marry new wives. When they realise that the snakes have been eradicated and, therefore, there may not be any need for the missionaries to donate more money, the village chief and chairman devise a plan to ensure the whites keep sending funds. They start a snake farm in a secret part of the village from where they release a few snakes every now and then to kill people and livestock so that they can call for more help.

Indeed, they start releasing the snakes and once again the villagers and their livestock begin dying of snake bites. Will the missionaries come back with more money?

The quality of life in many African countries is very low and the playwright demonstrates this by showing a dog in a London home having a much better life than children in Sahara.

‘The Snake Farmers’ demonstrates that while many organisations, institutions and individuals in the West are willing to help in solving some of the problems that Africa faces, some people in the continent, particularly those through whom the funds are channeled, are too greedy to allow the help reach the intended persons or perform the intended functions.

The chief and chairman in the affected village in Sahara actually view the snake epidemic as a chance to popularise themselves in anticipation for elective positions in the government. They do not care about the poor whose children and livestock are dying of snake bites.

In a sense, their greed presents these leaders as snakes feeding on the desperation of their own people.

‘The Snake Farmers’ is a satire on the façade that is Africa’s seemingly perennial need for aid from the West.

It is a mockery of African leaders, NGO officials and other persons in positions of responsibility who have no qualms about getting donor funding from the West at whatever cost.

Such persons will create fake crises to ensure they get money to deal with the problems but, in actual fact, the money only serves their personal projects.

They will parade girls rescued from early marriages or forced circumcision, sickly looking HIV and Aids orphans and emaciated grandmothers and photograph them as evidence of the violence, poverty and starvation in Africa. But once they get funds, these “pieces of evidence” do not receive any aid.

Is it any wonder that despite the presence of so many organisations claiming to fight for women’s rights, children’s rights, against gender based violence, child labour and other such vices there has not been a reduction of the very issues they claim to fight?

Millions of shillings are often spent in seminars, workshops and conferences held by NGOs in high-end hotels where only officials and selected participants benefit in the form of huge allowances and luxurious accommodation.

What is the purpose of such meetings yet the reality of female circumcision, poverty, starvation is known? How does the starving grandmother in Turkana, the mother affected by floods in Budalangi, the man battered by his wife in Nyeri, the young boy working in a quarry in Migori or the little girl forcibly circumcised and married off in Samburu get to have their problems heard in a meeting in a five-star hotel in Nairobi? Who benefits from the millions spent on bogus surveys to determine the extent of, say, gender based violence or female circumcision in selected counties in the country?

Premium General's' wife: A memoir of the late Nkaisserry
FEATURES
By Esther Dianah
51 mins ago
Premium Cervical cancer: The one thing you can do to stop it
Health & Science
By Gardy Chacha
1 hr ago
Premium Day minister Njoroge Mungai recalled a plane mid-air
National
By Nzau Musau
1 hr ago
Premium A better take at Huduma Namba is not short-term fix for Kenyans
Politics
By Dennis Kabaara
1 hr ago
.