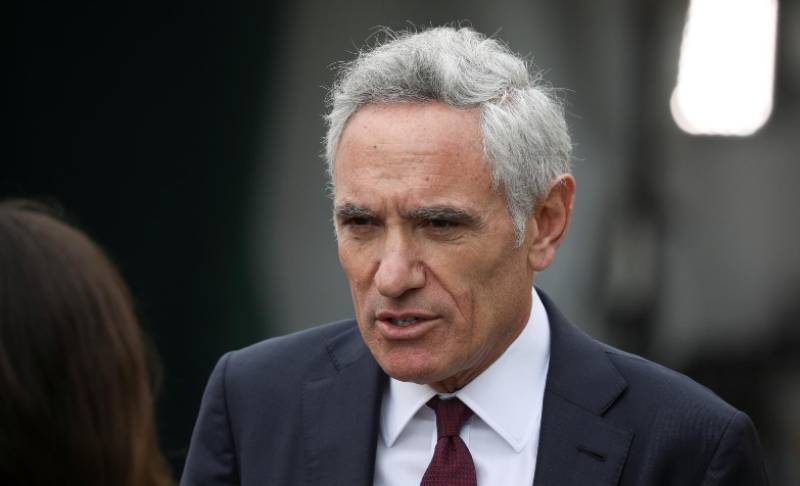 Dr. Scott Atlas (pictured) has resigned as special adviser on the coronavirus to President Donald Trump, a White House official said on Monday, after a controversial four months during which he clashed repeatedly with other members of the coronavirus task force.

Voters’ unhappiness with Trump’s response to the global pandemic that has killed hundreds of thousands helped propel his challenger, Democrat Joe Biden, to victory in the Nov. 3 election.

“I am writing to resign from my position as special adviser to the president of the United States,” Atlas said in a letter to Trump dated Dec. 1 that he posted on Twitter.

Public health experts, including Anthony Fauci, the leading U.S. infectious disease expert, have sharply criticized Atlas, a neuro-radiologist, for providing Trump with misleading or incorrect information on the virus pandemic.

“Dr. Scott Atlas’ resignation today is long overdue and underscores the triumph of science and truth over falsehoods and misinformation,” his peers at Stanford University’s medical school said in a statement issued late Monday. In September they had issued a letter denouncing his views.

“His actions have undermined and threatened public health even as countless lives have been lost to COVID-19. We will continue to advocate for evidence-based public health policies that are grounded in established science, including the use of proven preventative measures like mask-wearing and social-distancing, and the safe testing and delivery of effective therapies and vaccines.”

In his resignation letter, Atlas, a senior fellow at Stanford’s Hoover Institution, listed what he considered accomplishments in reopening schools and expanding virus testing while also defending himself against his many critics.

“Like all scientists and health policy scholars, I learned new information and synthesized the latest data from around the world, all in an effort to provide you with the best information to serve the greater good,” he wrote.

Atlas was considered a special government employee on a 130-day detail that expires this week. Fox News first reported his resignation.

Atlas has repeatedly downplayed the importance of masks and this month said lockdowns had been “an epic failure” in stopping the spread of the virus.

He also had to apologize this month for an interview with Russia’s Kremlin-backed television station RT, saying he was unaware it was a registered foreign agent.

Dr. Celine Grounder, a member of Biden’s advisory panel on the crisis, greeted the news of the resignation with relief.

“I’m relieved that in the future, people who are qualified, people who are infectious disease specialists and epidemiologists like me will be helping to lead this effort,” she told broadcaster CNBC.

“You wouldn’t go to a podiatrist for a heart attack and that was essentially what was happening.”

Can Trump be barred from future office?