Biden surging ahead of Trump in some polls 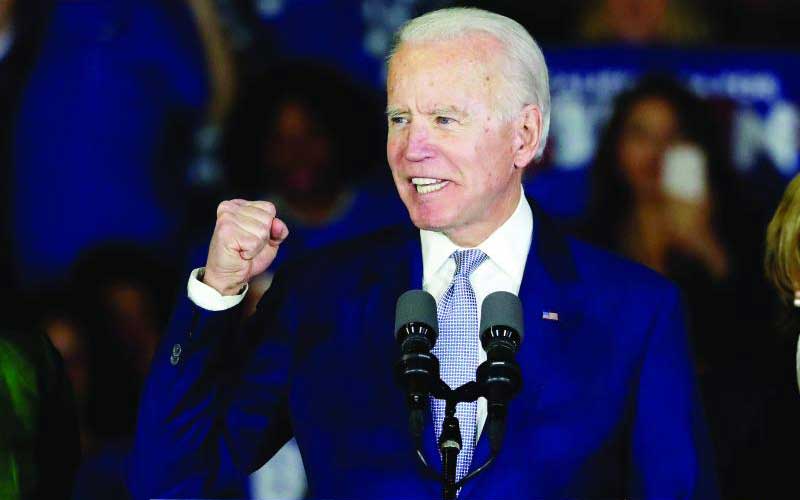 Democratic presidential candidate Joe Biden (pictured) is ahead in the polls, but experts said the winner of the 2020 race to the White House is still far from a done deal.

Due to the Covid-19 pandemic and recent civil unrest, US President Donald Trump has come under severe criticism on a number of fronts.

A New York Times/Siena College poll released this week shows Biden with a strong, 14-point advantage, at a time Trump is still fighting the coronavirus, as well as dealing with the economy, badly hit by the nationwide lockdown.

The lockdown triggered by the pandemic has put millions of Americans out of work, and the jobless rate now stands at levels not seen since the Great Depression nearly 90 years ago.

Many Americans still support Trump, as his administration rolled back years of red tape and regulations that slowed economic growth.

But now, the thriving economy with a constant growth and a low-level unemployment rate in the past recent years has been erased, and the president is racing against the clock to get the economy moving forward again in the next crucial months before November’s elections.

While Trump has maintained the economy will bounce back in a so-called “V shape”, many economists are skeptical. Moreover, Trump’s personal style may be a turn-off to many voters, although his supporters love his outspoken and sometimes outlandish persona.

“The emotional basis for Trump’s campaign is: things are bad, this is the fault of bad people... Such people are trying to stop me from fixing what’s wrong. Join me and I’ll crush them and then I’ll make things better,” Clay Ramsay, a senior research associate at the Centre for International and Security Studies at the University of Maryland, told Xinhua.

At the same time, there are a number of worries for the White House. US media is reporting a spike of Covid-19 confirmed cases in some US states. And while that may simply reflect increased testing, the public may be fearful of going back to restaurants and movie theaters or frequenting businesses in which they come into close contact with others.

Those fears were reflected by the plunging US markets this week. However, there are several X factors, one of which is that polls showing Biden ahead might not predict the general election, as there is evidence that while many Americans may not openly admit they support Trump, they support him in private.

At the same time, polling guru Nate Silver, of the website FiveThirtyEight, told ABC News that it was still possible for Trump to clinch the White House by winning the electoral college vote, as he did in 2016.

There is also the issue of the protests that swept the nation in recent weeks, amid calls to defund the police.

While Biden has openly said he does not support defunding the police, that nuance may be lost on a US public that only sees images of radical protesters in the street.

GOP strategist and TV news personality Ford O’Connell told Xinhua that Democrats now realise they are “playing with fire,” as calls to defund the cops are echoing in the Democratic Party’s left wing. If that continues, “that is certainly winning more and more voters over to Donald Trump’s law and order side,” O’Connell said.

Biden inauguration: A ceremony of many firsts