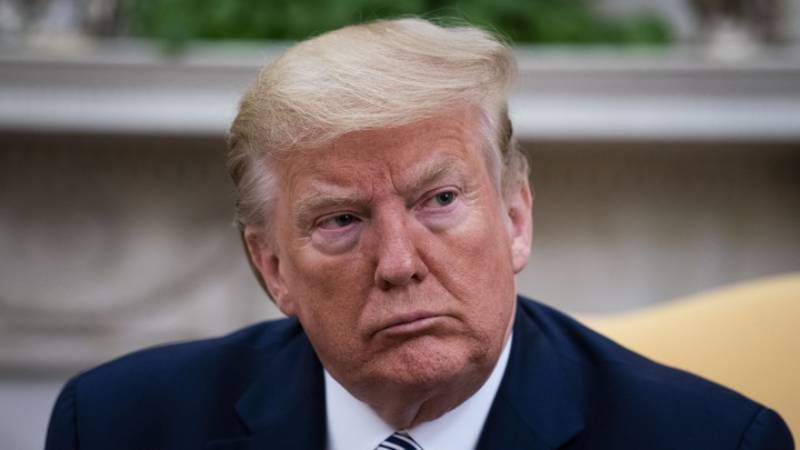 Twitter on Tuesday for the first time prompted readers to check the facts in tweets sent by U.S. President Donald Trump (pictured), warning that his claims about mail-in ballots were false and had been debunked by fact checkers.

The move marked a dramatic shift for the social network, Trump’s primary tool for getting an unfiltered version of his message out to his political base, after years of permissive policies around content on its platform.

The company has been tightening those policies in recent years amid criticism that its hands-off approach had allowed abuse, fake accounts and misinformation to thrive.

Trump lashed out at the company in response, accusing it - in a tweet - of interfering in the 2020 presidential election. “Twitter is completely stifling FREE SPEECH, and I, as President, will not allow it to happen!” he said.

Trump, who has more than 80 million followers on Twitter, claimed in tweets earlier in the day that mail-in ballots would be “substantially fraudulent” and result in a “rigged election.” He also singled out the governor of California over the issue, although the state is not the only one to use mail-in ballots. 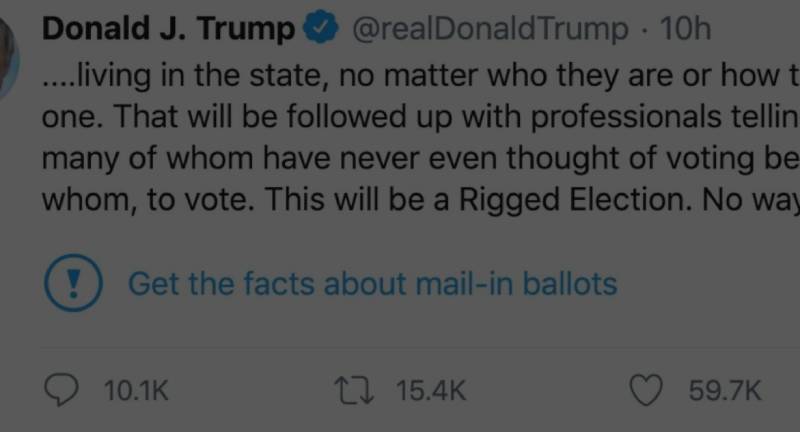 Hours later, Twitter posted a blue exclamation mark alert underneath those tweets, prompting readers to “get the facts about mail-in ballots” and directing them to a page with information aggregated by Twitter staffers about the claims.

A headline at the top of the page stated “Trump makes unsubstantiated claim that mail-in ballots will lead to voter fraud,” and was followed by a “what you need to know” section addressing three specific claims made in the tweets.

Trump posted the same text about mail-in ballots on his official Facebook page, where the post picked up 170,000 reactions and was shared 17,000 times. Facebook’s (FB.O) policy is to remove content that misrepresents methods of voting or voter registration, but in this case it left the post untouched.

“We believe that people should be able to have a robust debate about the electoral process, which is why we have crafted our policies to focus on misrepresentations that would interfere with the vote,” a Facebook spokesman told Reuters.

Twitter said the application of a fact-checking label to the president’s tweets was an extension of its new “misleading information” policy, introduced earlier this month to combat misinformation about the coronavirus.

It said at the time that it would later extend the COVID-19 policy to other types of disputed or misleading information.

Twitter so far has used its policies sparingly against major political figures, but did delete tweets by the presidents of Brazil and Venezuela which violated its coronavirus rules.

The company’s alert on Trump’s mail-in ballot tweets came hours after it declined to take action on separate tweets Trump had sent about the 2001 death of a former congressional staff member for Joe Scarborough, after her widower asked the company to remove them for furthering false claims.

A Twitter spokesman told Reuters Trump’s mail-in ballot tweets were related to election integrity and therefore subject to different treatment under its policies.

Asked about the Scarborough tweets, a Twitter spokeswoman said the company was expanding its products and policies to address such tweets more effectively in the future, without elaborating.

Previous article
What 25 years of running businesses has taught me