Avoid the use of double negatives in sentences 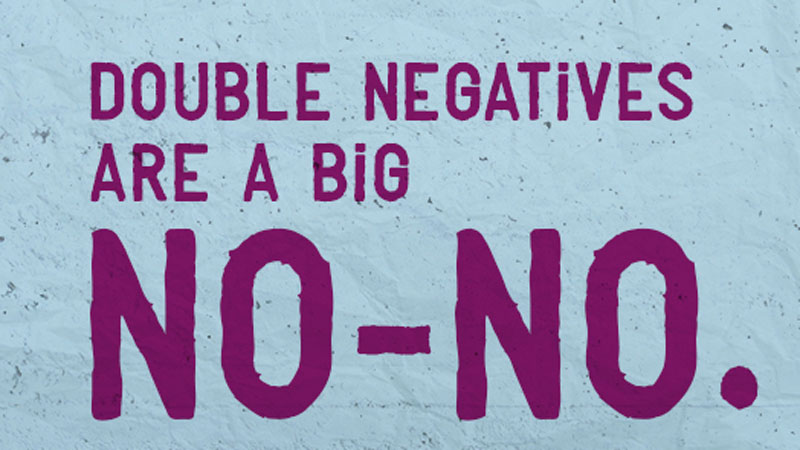 Former United States president Barack Obama was in the country recently. Although the event he attended was low-key compared to his first visit to Kenya as the incumbent US president, there were quite a number of side shows that centered on sibling rivalry, over-excitement among villagers in Kogelo and supposed disrespect for local leaders. How could lowly police officers demand to frisk a governor in the name of security checks?

In all this, however, one villager interviewed by a journalist took the trophy when he defended Obama against claims the former president had ignored locals by saying, “Obama’s time here was conjugal”. Uttering those words must have made the good fellow feel quite clever, but did he really know what he was talking about? Not having retracted the statement, we can only assume he meant to say ‘convivial’.

Using ‘big’ words that one does not comprehend can be embarrassing. And it is not just the big words that might land you into trouble; simple ones can too.

US President Donald Trump, a man who does not suffer fools gladly, recently discovered how dangerous it is to employ double negatives in conversation.

Hope for convicts as scales of justice tilt in their favour

The misuse of simple words ‘would’ and ‘wouldn’t’ gave some quarters enough ammunition to push combative Trump against a wall with such force that he had to clarify.

Let us take a look at some of the simple words that, if not properly used, could lead to one being misunderstood. These include ‘each’, ‘every’, ‘all’, ‘every one’, ‘everyone’ ‘proof’, ‘proven’ and ‘proved’, among many others.

The single word ‘everyone’ is a mass noun used to collectively make reference to a whole group of people.

In short, it is an indefinite pronoun that means ‘every person’.  Indefinite pronouns are used to refer to non-specific things or people. On the other hand, ‘every one’ emphasises ‘each’ (individually).

In this case, the simplest way to avoid confusion in the noun/verb agreement is to avoid using the word ‘everyone’, hence “Group members demanded their allowances before continuing with the conference.”

While it is generally accepted that the words ‘proven’ and ‘proved’ can be used interchangeably, some linguists disagree, arguing that the correct past participle of ‘prove’ is ‘proved’, not ‘proven’.

‘Proved’ is used as a simple past tense but ‘proven’ cannot. ‘Proven’ is commonly used as an adjective preceding the noun it modifies, for example: ‘Mary’s proven talent’. To write ‘Mary’s proved talent’ is wrong.

‘Proof’ is often used to denote ‘evidence’, but does not limit itself to that meaning. In publishing and journalism, to ‘proof’ is to go through a document to eliminate grammatical and spelling errors before publication. The point is: pay attention to the words you use, and the context in which they are used.