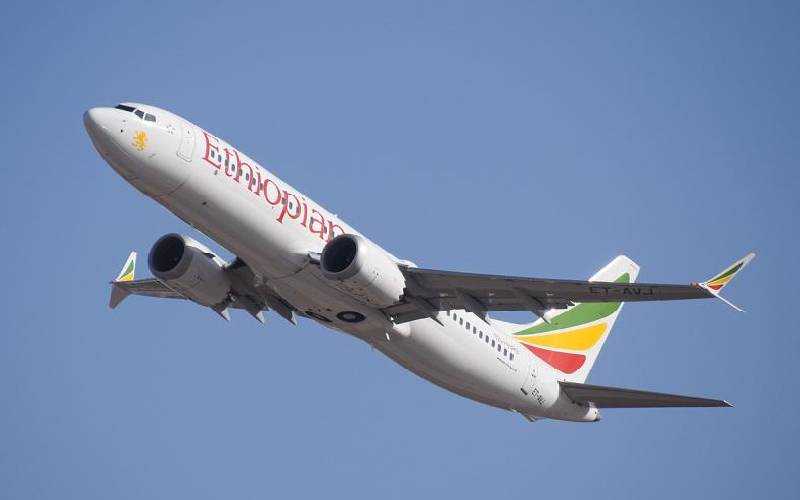 Ethiopian Airlines will resume operations with Boeing 737 Max 8 jets in February 2022, nearly three years after the crash of 737 MAX one of its airlines in 2019 prompting global grounding of the type.

According to FlightGlobal the Addis Ababa-based carrier is in the final stage of returning the type to service, with the first flight “expected on 1 February” next year.

Ethiopian Airlines chief executive Tewolde GebreMariam said the decision was guided by safety measures that have been taken after the March 10, 2019 crash that killed 157 people.

“Safety is our topmost priority at Ethiopian Airlines and it guides every decision we make and all actions we take,” GebreMariam was quoted saying on Monday.

“It is in line with this guiding principle that we are now returning the Boeing 737 Max to service.”

GebreMariam cites the recertification by regulatory bodies around the world and its return to service with “more than 34 airlines”, which have completed “more than 275,000 commercial flights” with the Max over the past year.

This comes after Indonesia on Tuesday lifted the grounding of the Boeing 737 Max to clear the aircraft for a return to service three years after one of the aircraft crashed killing all 189 people on board.

The approval for the aircraft's return comes months after it returned to service in the United States and Europe, and follows the recent lifting of grounding orders in countries including Australia, Japan, India, Malaysia, Singapore and Ethiopia.

Boeing Co last month agreed to acknowledge liability for compensatory damages in lawsuits filed by families of the 157 people killed in the 2019 Ethiopian Airlines 737 MAX crash, according to a filing in US District Court in Chicago.

As a result of the agreement between Boeing and the families, lawyers for the victims will not seek punitive damages and Boeing will not challenge the lawsuits being filed in Illinois.

"Boeing is committed to ensuring that all families who lost loved ones in the accidents are fully and fairly compensated for their loss," the planemaker said in a statement on Wednesday. "By accepting responsibility, Boeing’s agreement with the families allows the parties to focus their efforts on determining the appropriate compensation for each family."

Lawyers for the victims noted in a statement that Boeing admitted under the agreement "that the 737 MAX had an unsafe condition, and that it will not attempt to blame anyone else" for the crash.

"This is a significant milestone for the families in their pursuit of justice against Boeing, as it will ensure they are all treated equitably and eligible to recover full damages under Illinois law while creating a pathway for them to proceed to a final resolution, whether through settlements or trial," the lawyers said.

They added the compensation "will serve to hold Boeing fully accountable for the deaths of the 157 people who perished."

A judge has set a hearing for next Tuesday on the agreement.

Boeing's best-selling plane was grounded for 20 months after 346 people died in two 737 MAX crashes - in Indonesia in 2018 and in Ethiopia in 2019. The plane returned to service after Boeing made significant software and training improvements.

The crashes already have cost Boeing some $20 billion. In January, Boeing agreed to a deferred prosecution agreement with the US Department of Justice including $2.5 billion in fines and compensation stemming from the 737 MAX crashes.

In an interview, US consumer activist Ralph Nader criticized the deal since it will prevent lawyers from questioning current and former Boeing senior executives and pursuing punitive damage claims. Nader’s niece was among 157 victims. 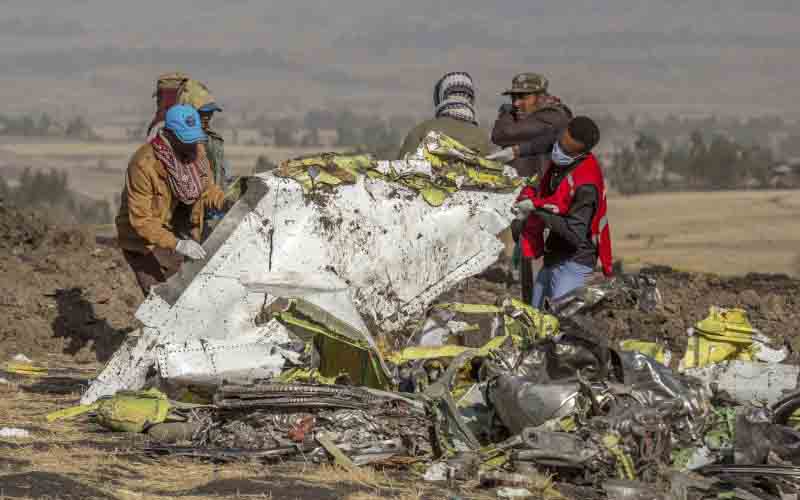 Premium Ethiopian Airlines tragedy: Man and daughter in vicious fight over wife’s death certificate
The High Court in Nairobi has declined to intervene in a battle between a man and his daughter over the death certificate of his wife.
National
By Kamau Muthoni
3 months ago

Ethiopian Airlines to resume Boeing 737 Max flights next week
Ethiopian Airlines will next Tuesday return its Boeing B737 Max fleet into service, almost three years after a crash that claimed 157 people.
News
By Patrick Alushula
5 months ago
.