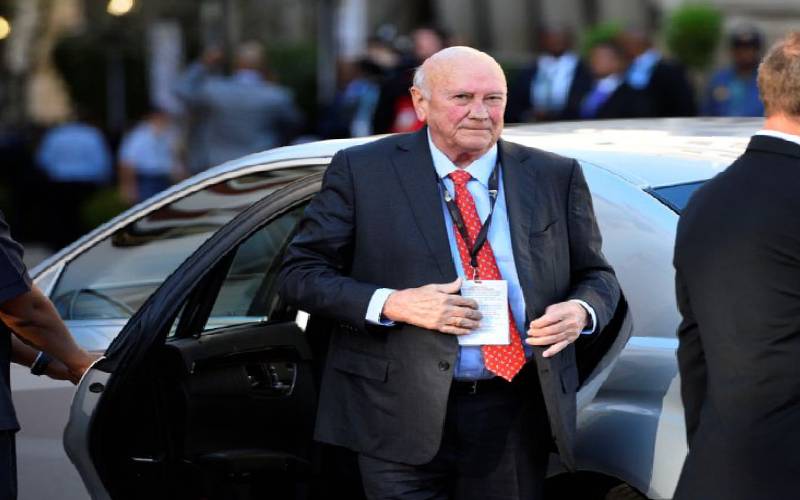 As South Africa's last head of state from the era of white-minority rule, he and his government dismantled the apartheid system and introduced universal suffrage.

Born in Johannesburg, South Africa to an influential Afrikaner family, de Klerk studied at Potchefstroom University before pursuing a career in law.

Joining the National Party, to which he had family ties, he was elected to parliament and sat in the white-minority government of P W Botha, holding a succession of ministerial posts.

As a minister, he supported and enforced apartheid, a system of racial segregation that privileged white South Africans.

After Botha resigned in 1989, de Klerk replaced him, first as leader of the National Party and then as State President.

The deputy president made the remarks in Homa Bay Town, where he took his presidential campaign on the third and final day of his Nyanza tour.

By Sam Wilkins and Richard Vokes, The Conversation | 1 day ago

By David Njaaga | 2 days ago