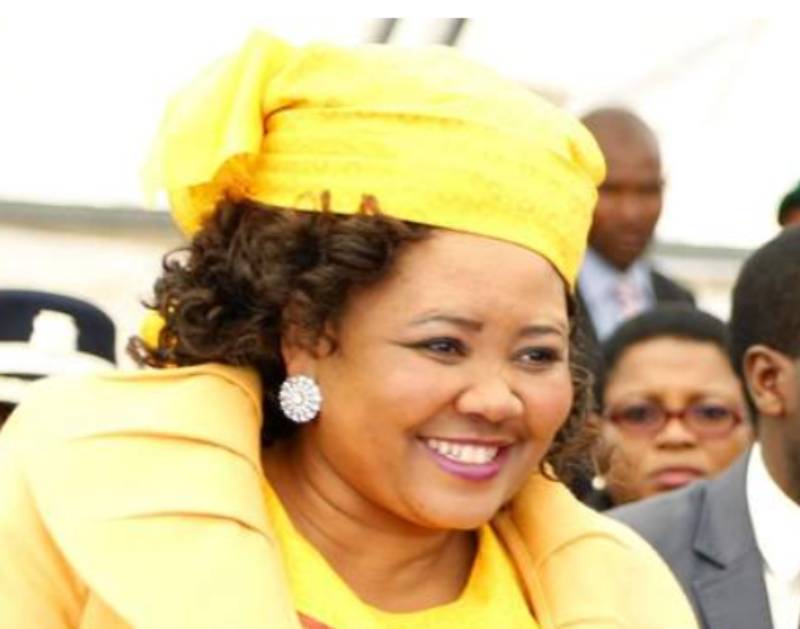 Authorities in Lesotho have issued an arrest warrant against First Lady Maesaiah Thabane (pictured). The investigators are looking for Maesaiah to shed light into the ongoing investigations into the murder of her husband's former wife, Lipolelo Thabane. Deputy police commissioner Paseka Mokete told AFP that Maesaiah was summoned for questioning on Friday but she failed to report to the police. "We got at the State House at around 12 midday but were denied access by the guards at the gate," Mokete told AFP on Saturday adding that when they were allowed entry she was nowhere to be found. She was given until end of Monday to present herself to police. According to the African News Agency (ANA), Maesiah tried to stop police from enforcing the warrant, but the high court dismissed her application with costs on Saturday.  Lipolelo Thabane, the estranged wife of Lesotho Prime Minister Thomas Thabane was shot dead two days before his inauguration. Lipolelo was travelling home with a friend when both women were shot by an unknown assailant in 2017. BBC reported, the couple had been living separately since 2012 and filed for divorce which had not been granted yet. Before her death, neighbours told BBC there had been an incident a week before the fatal shooting, when a group of unidentified men were spotted hammering on the First Lady's door.