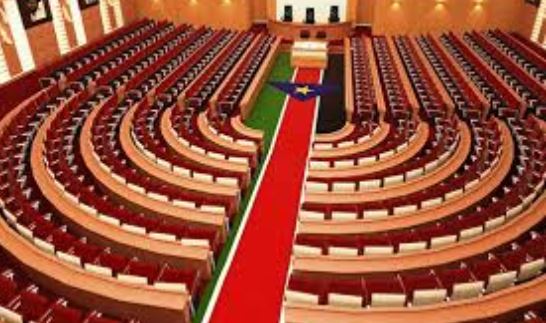 South Sudanese lawmakers stormed out of a budget presentation by the finance minister on Thursday, with one citing frustrations over non-payment of salaries to civil servants and soldiers.

The disruption highlights the fragility of South Sudan's government, months after the latest peace deal was signed to end a civil war often fought along ethnic lines. The conflict has killed 400,000 people, forced millions to flee their homes and crippled production of oil, the country's main revenue earner.

"Our army is cutting down trees to make a living, our foreign missions ... it is now almost one year we are unable to pay them," lawmaker Elizabeth Adut shouted in parliament before the presentation of the budget for financial year 2019/20 began.

Why does ODM have a knack for kicking out the electoral team?

"The concerns that you have raised, I have heard them but I don't like the way you make them," he said. "We are going to adjourn and call the house at a time we are going to announce."

The International Monetary Fund said this month that South Sudan's reliance on huge spending cuts to balance the budget was unsustainable, adding that the strategy had paralysed government services and led to an accumulation of arrears, including wages.

South Sudan declared independence from Sudan in 2011 amid celebrations and promises of support from major world powers.

But less than three years later, fighting broke out between troops loyal to President Salva Kiir and his former deputy turned rival Riek Machar. A peace agreement signed in September, the latest in a series reached since the conflict began in late 2013, is largely holding.

In May, South Sudan's ruling and opposition parties agreed to give themselves six more months to form a unity government as part of the peace deal. The president has suggested it could take a year.

Lawmakers interviewed by Reuters said civil servants had not been paid for at least six months.

"The situation in the house is very clear, we have to wake up from a big sleep. Because what is happening in this house is that the cabinet is trying to joke with the public," said one parliamentarian, Mabior Teny.

"I don't know how it is the executive headed by the president thinks to bring the budget to this house when they have not paid six months. Are you a government for animals or for people?"

Inflation has been in the triple digits at various stages during the conflict, with hyperinflation persisting for several years due in part to the depreciating pound currency.

Maraga's advice has divided lawmakers, Lessons from President Moi in 1983

By Winfrey Owino and Agencies | 12 hours ago