Mali reports arrest of Islamist suspected of series of attacks 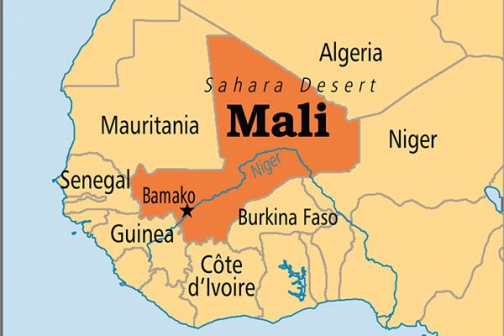 MALI: Authorities in Mali said on Friday they had arrested a member of a group linked to al Qaeda that has claimed responsibility for attacks that killed dozens in Mali and neighboring Burkina Faso and Ivory Coast.

Fawaz Ould Ahmed was captured by security and intelligence services in Bamako on Thursday as he was preparing to carry out another attack, said security ministry spokesman Amadou Sangho.

"We found him with grenades and a small suitcase containing weapons. He was behind the attacks on the Radisson, the Hotel Nord Sud, the La Terrasse restaurant and the Hotel Byblos," he said.

He said Ould Ahmed was a member of al Mourabitoun, a militant group allied to al Qaeda in the Islamic Maghreb (AQIM).

Beginning with an attack on La Terrasse in Bamako in March last year that killed five people, the two groups have teamed up to target civilians at locations frequented by westerners.

Seventeen people died in the attack on the Hotel Byblos in the town of Sevare in August and 20 in the November raid on the luxury Radisson Blu in the capital.

Attacks on a restaurant in neighboring Burkina Faso's capital Ouagadougou and a beach resort town in Ivory Coast in January and March of this year left dozens more dead.

There were no casualties in last month's attack on Bamako's Hotel Nord Sud, which serves as the headquarters of the European Union's military training mission in Mali.

Al Mourabitoun and AQIM claimed responsibility for all the attacks, but Sangho only linked Ould Ahmed to attacks inside Mali.

Islamist violence is on the rise across West Africa despite a 2013 French-led military intervention that sought to drive militants out of northern Mali, which they had seized a year earlier.

Before Ould Ahmed's capture, Malian officials had claimed to have arrested a number of suspected militants over the past month, who they say organized or carried out the assaults.

"(Ould Ahmed) could have even carried out an operation this Friday. So it's a big win for the DGSE (intelligence service) which has arrested five terrorist bosses in less than four weeks," an intelligence officer said, asking not to be named.

Some experts question the importance of the recent arrests. Contacted by Reuters, five academics who focus on Islamist militant groups in the region said they had never heard of Ould Ahmed.

The devolution conference ended yesterday with 16 resolutions aimed at getting more resources from the national government.