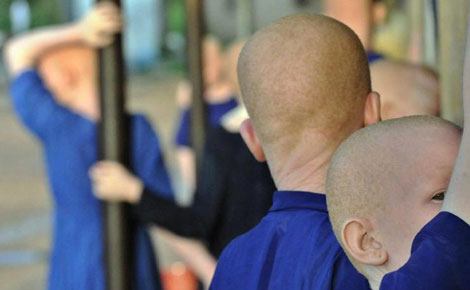 Arusha, Tanzania: Tanzania has banned witchdoctors to try and stem a surge in murders of albinos, whose body parts are sold for witchcraft, officials said Wednesday.

The ban follows the kidnapping last month of a four-year-old girl by men armed with machetes, who took her from her home in the northern Mwanza region. Police have since arrested 15 people, including the girl's father and two uncles, but she remains missing.

At least 74 albinos have been murdered in the east African country since 2000, according to United Nations experts. After a spike in killings in 2009, the government placed youngsters with albinism in children's homes to protect them.

Murdered BBC staffer had kept off Addis on safety fears

Prosecution fails to link suspect in murder of inmate to weapon

Albino body parts sell for around $600 in Tanzania, with an entire corpse fetching $75,000, a fortune in the impoverished country.

As well as the ban, the government has launched an education campaign to end the killings.

"We are keen on addressing the issue of abductions and killings of people with albinism once and for all," Home Affairs Minister Mathias Chikawe said.

However, the ban does not cover traditional healers who use herbs to help the sick.

Divers search for bodies in fuselage of crashed AirAsia jet

Indonesian navy divers searched for bodies on Thursday in the fuselage of an AirAsia airliner that crashed into the sea more than two weeks ago, killing all 162 people on board.

By Reuters and Winfrey Owino | 3 hours ago